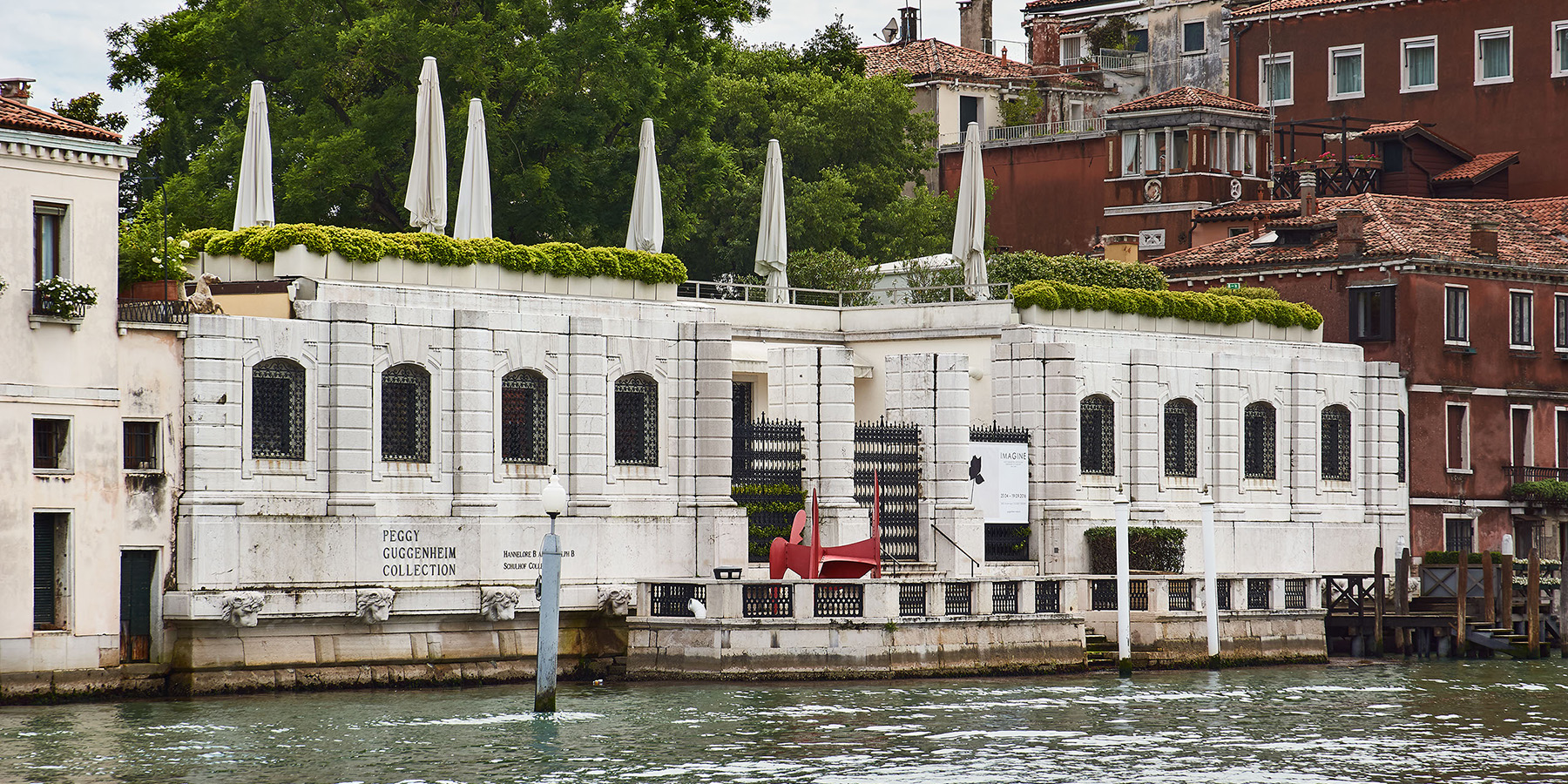 Unbeknownst to too many visitors, Venice offers a wide selection of museums that house modern and contemporary art by some of the world’s most well-known and illustrious artists, from Picasso to Chagall to Klimt. Among them, just to name a few, are Ca’ Pesaro, the Guggenheim Collection, Palazzo Grassi, Palazzo Fortuny, Punta della Dogana, and the Biennale.

Ca' Pesaro is one of the most stunning Baroque palaces on the Grand Canal. It was built by the famous Pesaro family, whose family members for generations held high offices in the Venetian republic, serving as doges, ambassadors,  generals and other kinds of officials. Ca’ Pesaro houses art  of the 19th and 20th centuries, including an interesting collection of award-winning works from earlier Bienniale Biennale festivals, such as Judith by Gustav Klimt.

One can also discover works here by Picasso, Klee, Chagall, and Nolde, along with many Italian artists of the 19th and early 20th century such as Hayez, Casorati, Caffi, Sironi.

The Guggenheim Collection is housed in Peggy Guggenheim’s former home, the Palazzo Venier dei Leoni on the Grand Canal. It includes a wide variety of avant-garde works in various styles of the 20th Century, from Cubism to Surrealism to American Expressionism.

French businessman François Pinault owns one of the largest contemporary art collections in the world. It is now installed in part at the stately 18th century Palazzo Grassi (which he purchased in 2005), which overlooks the Grand Canal and still decorated with original frescoes and stuccoes; and at the Punta della Dogana, the former Venetian customs house that he recently restored. Located at the entrance to the Grand and Giudecca canals, it offers unparalleled views of Venice from its fondamenta.

The Venice Art Biennale, established in 1895, is famous worldwide as one of the most important international exhibitions of contemporary art. It takes place every two years in the city’s Giardini, gardens (created by Napoleon during his occupation) at the eastern end of the city and at the Arsenale.

Participating countries nominate their own artists who are then presented in individual, dedicated pavilions. During the Biennale festival, which usually runs from June to November, there are numerous collateral venues and events spread all over the city.