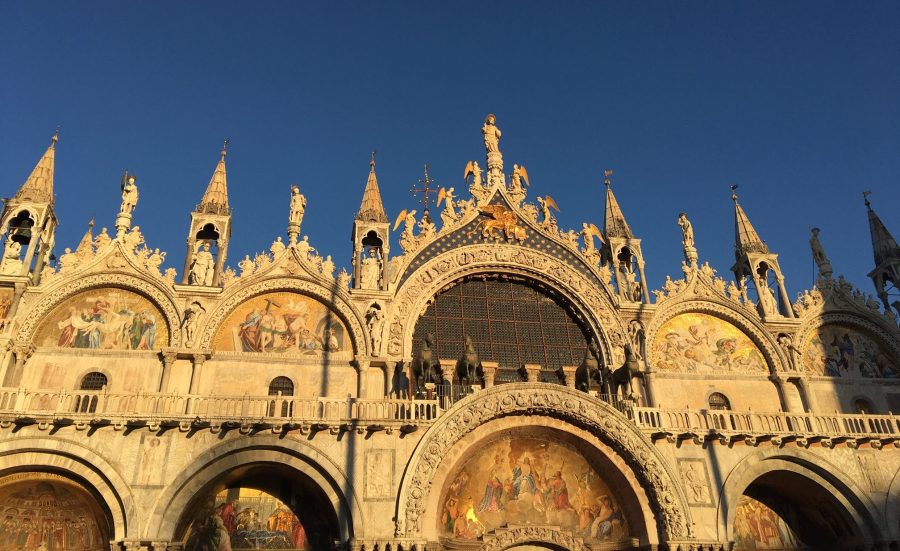 In St. Mark’s square, once the center of Venetian political power, we’ll visit its most famous monuments: St. Mark’s Basilica, the Doge's Palace with the Bridge of Sighs, and the Prisons.

The 'Golden Basilica'— that takes its name from the millions of gold-leaf mosaic tiles that line its soaring walls— was originally created as the Doge’s Chapel. It was the site of splendid rites and processions; still today it is a glorious synthesis of Byzantine and Western art. Next to it stands the grand Doge’s Palace, the former seat of the government and residence of the Doge (head of state), the Palace of Justice, and the Prisons. As we wander the impressive halls, splendidly decorated by Venetian Renaissance masters, we’ll trace the most important events of Venetian history and learn the fascinating story behind the myth of the political perfection of Venice.